Targeting designated catch basins for surveillance will aid in controlling vector species at their source and reduce the human risks associated with urban mosquito bites. Larval dipping in catch basins will determine the seasonality, abundance and breeding potential of vector mosquito species present in a given area. This information will be used to develop efficient and timely control strategies. Continuous larval sampling during the season also aids in monitoring the timeliness, duration and effectiveness of a particular control strategy.

These traps were designed by Entomologist Kimberly Foss and Field Technician Ross Mehaffey for specifically trapping Aedes Albopictus mosquito eggs which are a vector for disease. The trap's design has cups that are lined with filter paper and half filled water. The female Aedes Albopictus mosquito will lay their eggs on the paper inside the cup and the filter will be collected. The design reduces the risk of tipping over, sun evaporation, or being windblown. The traps will be used for surveillance and placed at higher risk areas in the district. They are built from recycled pesticide barrels. 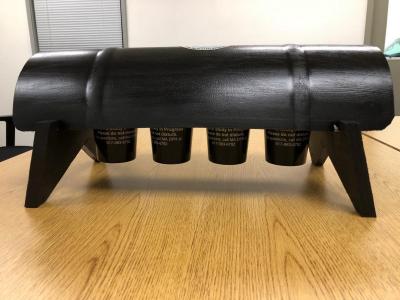 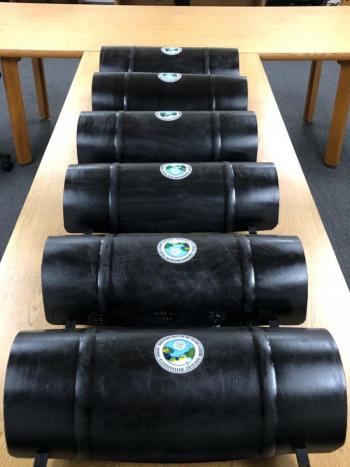