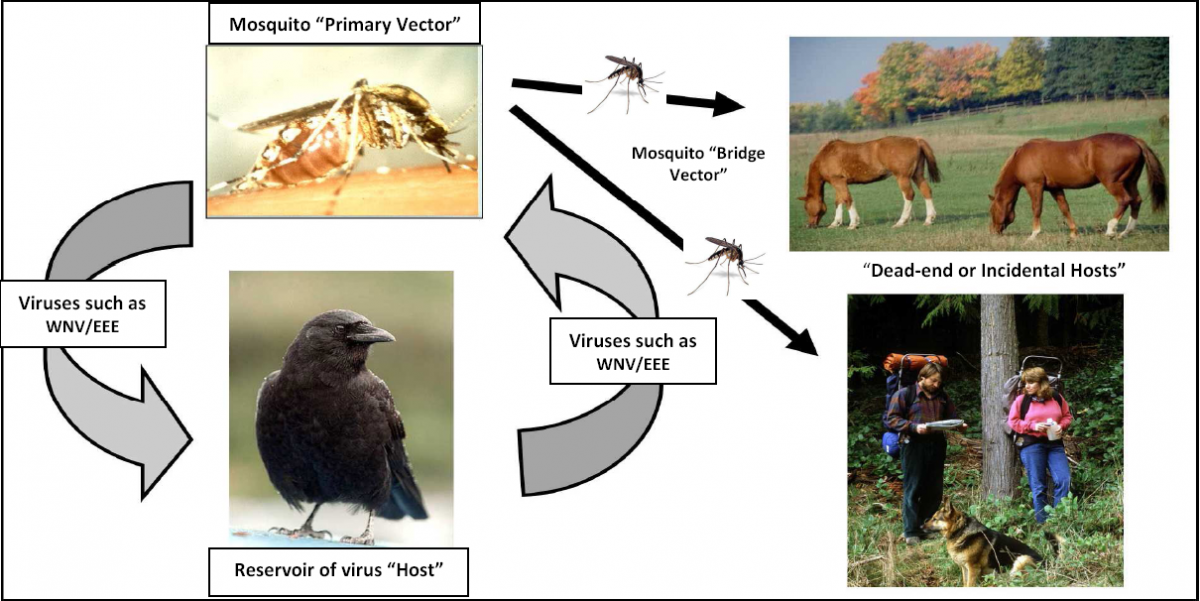 Arbovirus: A class of viruses transmitted to humans by arthropods such as mosquitoes and ticks.

Humans and other mammals affected in this cycle are known as “dead end or incidental hosts”. This means they do not develop high levels of the virus in their bloodstream needed to pass the virus to other biting mosquitoes.